Casework involves the examination of stupefacients, psychotropic substances and precursors in relation to drug-related cases, which are requested by the police, prosecutors and courts. The main task of experts is to identify these substance, perform quantitative analysis, comparative examination and profiling of drugs.

Experts of this Unit perform the examination of stupefacients, psychotropic substances, precursors and alcohol-like acting substances in body fluids. Furthermore, body fluids are also analysed in order to determine the level of alcohol. 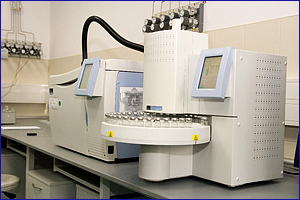 Basic legal documents the work of the Unit is constructed around, include the following: Drug Prevention Act of 29 July 2005, as amended and the Regulation 273/2004 (EC) of the European Parliament and Council on drug precursors.
Amphetamine profiling within the framework of BALTCOM was highlighted as one of the issues executed by Operational Committee of Task Force on Fighting Organised Crime in Baltic Sea Region encompassing such countries as Sweden, Latvia, Lithuania, Estonia, Finland, Russia, Denmark, Germany and Poland. Presently, after finalization of the training related to harmonization of amphetamine profiling method across Europe, Poland has been granted the possibility of matching amphetamine samples seized in the country with the ones confiscated in other BALTCOM.
Additionally, due to the fact that illegal production of amphetamine is a common phenomenon in Poland, CFLP experts developed a method for profiling of benzylmethylketone (BMK), a main precursor used in amphetamine synthesis.
Nationally, the Unit carries out a close co-operation with a National Drug Addiction Prevention Office, which works within the Early Warning System. This co-operation allows for a continuous exchange of information as regards new drug substances appearing on illicit markets. 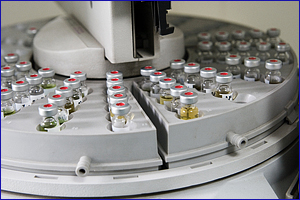 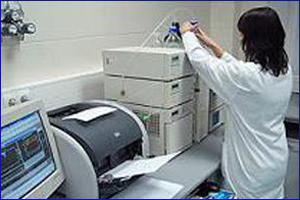 Acting in line with the Regulation of the Police Commander in Chief, the Unit is also responsible for maintaining PROFIL database and the collection of Ecstasy-type logos and tablets. In addition to their stricte laboratory work, experts participate in investigation of serious incidents as well as drugs and precursors clandestine laboratories. 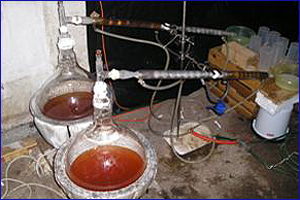 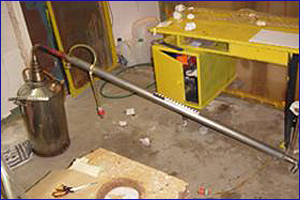 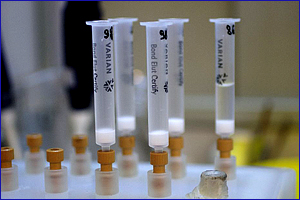 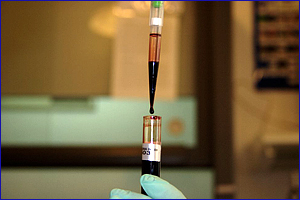